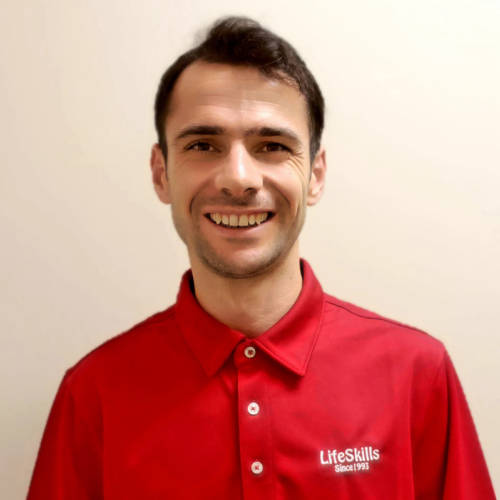 Empathetic and driven to be of service, Hasim Bozkurt aspires to position LifeSkills as a beacon for quality sensory processing disorder therapies. In his role as Director of LifeSkills, Hasim develops both the therapies and the team of therapists to provide exemplary care and education for kids and their families. He prioritizes team communication and has established a culture where therapists learn from each other. Team members evaluate new and cutting-edge therapies while continuing to utilize and analyze proven approaches.

Hasim wishes to expand upon LifeSkills’ reputation as the first and only sensory integration specialists in Orlando and desires to help families from all over the world.

''LifeSkills brought Sensory Integration Therapy to the Orlando area in 1993 and has since developed its therapies with thousands of kids and their parents. What we are doing is not about the words, equipment or activities—these are just tools. It is all about a deep understanding of the child, deciphering the child from a sensory perspective, then integrating it all, putting everything together and making it ‘click’ for the child.''

Hasim also serves as founding manager of a pediatric therapy center in Europe and travels internationally to conferences. He enjoys sharing experiences, knowledge and the comradery of fellow therapists around the world. Hasim is the coordinator of a new neurodevelopmental approach, MAES Therapy, in Turkey and in the United States. He is also working on the proprietary ''LifeSkills Sensory Integration Therapy Approach'' which will serve as an International Certification Program for therapists.